What Makes Industrial So Special?

I wrote an article not too long ago that explained the Top 5 Reasons to invest in Industrial.  It seems some of the industry experts agree with us.  Here’s Globe Street’s assessment: 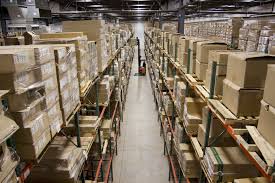 What makes industrial so special? That was the question asked by Jeffrey Morgan, EVP of DTZ, to a panel of industrial players from the western region and port executives who gathered at RealShare L.A. on Wednesday to talk about the state of the ports of Los Angeles, Long Beach and Inland Empire. The group consensus was that “we are the Clydesdale—strong and steady.”

According to Fran Inman, executive vice president, Majestic Realty Co. “This sector is really where the rubber hits the road.”

Marc Brutten, founder and chairman of Westcore Realty, says that the draw is that it is just an easy product to operate.“The ease of management is significantly better than retail or office properties.” In addition, he says, right now, there is a three to one demand to supply ratio so it is getting relatively easy to lease and fairly to build in comparison.

From an investment standpoint, Brutten said, it is a great income producer. “It is less volatile than office in terms of investment.

Kelly Reenders, economic development manager of County of San Bernardino, says industrial is really driving the Inland Empire market. The appetite, she says, is really in the bigger box facilities that are 500,000-square-foot-plus.

“We are also still seeing increased activity in the 100,000-square-foot to 500,000-square-foot facilities as well,” she says. Reenders adds out that Amazon—just one of the many tenants that leased big box spaces last year–plans on adding another 500,000 square feet in the near future.

“The demand far exceeds the product out there,” explains Brutten, founder and chairman ofWestcore Realty. “We will see a continued trend of a 36-foot clear box with one to two levels of mezzanine with automated pickers. People are at their computers more and are spending more time ordering product, and retailers like Amazon understand. The supply-chain model is changing and the requirement for the box will change as well.”