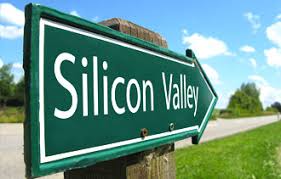 Massive high-tech demand may have caused California’s Silicon Valley, one of America’s top office markets, to get too far ahead of the game, headed for flat performance this year and increased vacancy in 2014-15.

It’s no secret that technology and energy companies are reaping the benefits of the slow-to-recover office market. While many of the major cities are seeing only slight gains in absorption, tech capitals such as the Silicon Valley market are ignoring the trend and riding the high-tech wave of big WiFi TVs, Ultrabook laptops, iPads and other must-have electronic gadgets.

However, of that total absorption number, about 1.8 million sq. ft. was from new class-A construction projects that were either speculative or build-to-suit/own in nature, according to a fourth quarter report by Cassidy Turley. Of the six large deals penned in the final three months of 2012, four of them-Apple, Netflix, GlobalFoundries and SurveyMonkey-were pre-leases of about 600,000 sq. ft. in planned or under-construction properties. All total, there is approximately 11 million sq. ft. planned or under construction in Silicon Valley.

But although times have been great, there’s just not enough demand to fill those developer and investor expectations, according to officials at the tenant rep firm Studley. Though they’re paid to low-ball a tight leasing market, Senior Vice President George Fox and Senior Managing Director Ham Southworth say the demand won’t be able to catch up to the pending supply.

“Our viewpoint is that the market cannot remain the way it is,” Fox says. “It’s going to be very tough for firms to fill the amount of space they’ve leased. It’s more likely that there will have to be some space shed. We are advising clients that if they don’t need to make a move now, don’t do it. Put a band aid on the existing situation, let’s save money and see what comes to us rather than get in the game and be bidding against other companies.”

Office market researchers at Jones Lang LaSalle predict the landlords in Silicon Valley’s top markets of Palo Alto, Mountain View and Sunneyvale will this year raise rents and reduce tenant concession packages and renewal options. Demand is so high in these markets that tech firms are leasing up non-traditional office space, causing city officials headaches over traffic and parking and sparking zoning reform talks, according to a JLL fourth-quarter report.

Thus, leasing interest will grow this year into Silicon Valley’s secondary markets, such as Milpitas, Santa Clara, Fremont and San Jose. The latter city has traditionally hosted professional service companies, but tech firms are starting to appreciate the reasonable rental rates, amenities, good public transit options and city incentives in San Jose, according to a fourth quarter Kidder Mathews report, which lists San Jose is the site of about half of the planned 8.5 million sq. ft. of office in the Valley.

Studley’s Fox says a lack of skilled engineers has been one of the main problems for tenants, a big reason he believes the companies may pull back on large-lease plans. “One of the main reasons for easing up on immigration is to get in more engineers,” he says. “You can’t just keep lateraling people over from other firms. That’s why some tech firms are looking to locate in states such as Arizona instead.”