Disconnect Between Business and Government Could Hurt Commercial Real Estate 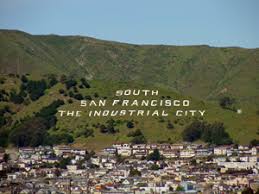 Jerry Brown took time out of his schedule to address the PCBC last Thursday in the midst of a budget debate at the state’s capitol.  While addressing many economic factors to the apartment industry crowd, Brown went on to chastise the mortgage industry, stating that the high unemployment rate is “a direct result of the excess leverage and loose underwriting that was encouraged by those who profited so much.”  He later went on citing Countrywide as an example of the high-profit machine that gave out mortgages to anyone with a pulse.  But it makes one wonder if the finger pointing is a little misguided.  Certainly the mortgage industry was a contributing factor to the decline in housing and overall economy in California, yet are the policies out of Sacramento an even bigger long-term factor?

Consider the latest results from Chief Executive magazine, which polled more than 500 CEO’s regarding the economic climates of each state and how ‘business friendly’ they were.  To no one’s surprise, California ranked dead last for the seventh straight year in a row.  According to the Pacific Research Institute, it has the fourth largest government of all U.S. states, with spending equal to 18.3%” of its Gross Domestic Product.  Texas, which ranked #1 in business, is at 12.1% of its GDP.  Jp Donlon, the author of the article wrote, “Not surprisingly, states with punitive tax and regulatory regimes are punished with lower rankings, and this can offset even positive scores on quality of living environment.”

So what does this mean for Commercial Real Estate in the Golden State?  One California CEO’s response may be a glimpse of what’s to come, stating, “No one in his right mind would start a new manufacturing concern here.”  This could the beginning of future problems in the Industrial and Retail sectors as businesses begin to move operations into other states.  Take into account the latest economic factors showing that the economic recovery is beginning to flat-line and a recipe for commercial real estate decline may be in place.  Even Silicon Valley stalwarts with headquarters in the mid-peninsula are moving as “Google, Intel, Cisco and other companies locate new plants in states such as Arizona, Utah, Texas, Virginia or North Dakota.”  While lease prices are already soft compared to just a few years ago, the question comes back to whether we could see a further long-term decline on the horizon.

Another CEO  remarked, “We need some political backbone to control spending, address out-of-control debts, and use common sense on environmental and other governmental regulations. Quit demonizing businesses. Who do they think provide real jobs?”  Industrial landlords may soon be asking, who’s going to provide the tenants?